Governance Now presents the 4th edition of its prestigious PSU Awards 2016. The Awards honour the efforts of Public Sector Undertakings (PSUs) that have been key to India’s overall economic growth.

By virtue of being some of the largest commercial enterprises in the country the PSUs possess the unique ability to rise above the short-term commercial interest and invest in creating national assets so as to maximise long-term economic gains.

In a bid to give an impetus to the country’s economy in a significant way, the government unveiled programmes like Make in India, Digital India, Skill India that have an important role of public sector undertaking’s (PSUs) for their growth and encourage investors to invest in world’s second most populous country. For standing shoulder to shoulder with the biggest private companies, which are driven solely by the profit motive, this backbone of India’s economy deserves fair share of accolades and the Governance Now PSU Awards 2016 is aimed at doing just that. The core mission of the awards is to evaluate PSUs so as to instill in them the spirit of healthy competition that will motivate them to improve their performance and help them serve the larger society in a better way.

The awards will be given to Maharatna, Navratana, Miniratna 1 & Miniratna 2 and other CPSE under the following categories:

Category 3: Value Growth
There are often intangible areas of performance that don't get covered in most formal evaluations like unusual contribution to the ecosystem around you, while also delivering faster than relative growth. The ​V​alue ​G​rowth awards are conferred on t​he organisation​ for being growth-oriented ​and​ experiencing​ faster average relative growth​.​


Financial performance of an organisation is critical for the overall evaluation of any company and Governance Now PSU Awards 2016 lays equal thrust on the same. With a total of six awards in the financial category, the Awards Research Team will be using the data from the respective Annual Reports and CMIE Prowess Database to arrive at the scores. The scores thus arrived at will be normalised by the Research Team. This will help the Jury understand how well a PSU is performing given the inherent characteristics of industry, market and time. The Research Team will also be using Moody’s Metrics: Key Financial Ratios by Industries for Global Non-Financial Corporation (editions 2007, 2009 and 2014) as the benchmark for evaluating the PSUs.¬¬¬

The winners will be decided based on the decision of the high-powered Jury, which would meet to evaluate the score presented by the Research Team and adjudicate the winner in each of the awards categories. This would be followed by an on ground conference and awards event.

The Governance Now PSU Awards 2016 process is designed to evaluate and compare the PSUs performance that are contextual and bear measurable outcome and impact. The Research Team and the Jury will be using the following Evaluation Parameters to arrive at a consensus on the final winners.


*The Research Team will use data from the Annual Reports of the PSUs and CMIE Prowess Database to arrive at the scores for all 6 categories of Financial Performance Awards.

Those filling the form online should attach all relevant documents, testimonials, certificates, and the scanned copy of Declaration Form with signature of the authorised person and company stamp online before submitting the completed form. They can also send relevant reports at 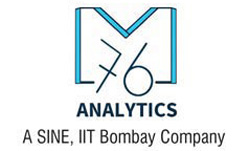